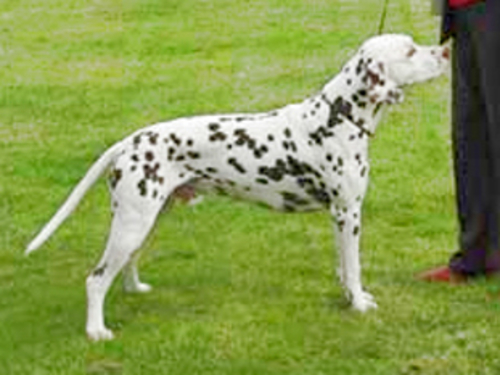 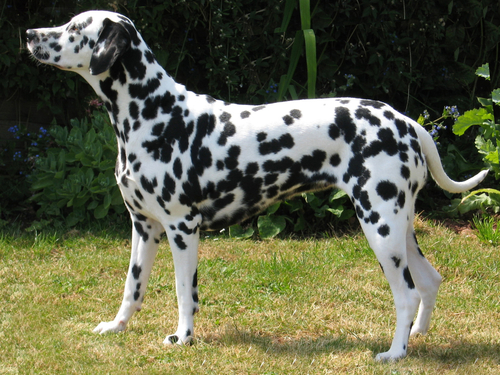 The Caprilli F-Litter was born in the UK and kindly raised by Sayjel and Russell Perry who also kept a liver spotted boy from the combination. Caprilli's Fifteen Reasons became a Show Champion and also obtained multiple working titles with his owner Melanie Stuehler in Germany but was later found to have C-Hips which can be bred to but both Melanie and I decided that we would not. Caprilli's Free to Say was in my Co-ownership but never bred due to our move from the UK to Germany. There where some lovely puppies in type, one blue eyed, one unilateral hearing and all had sweet temperaments.