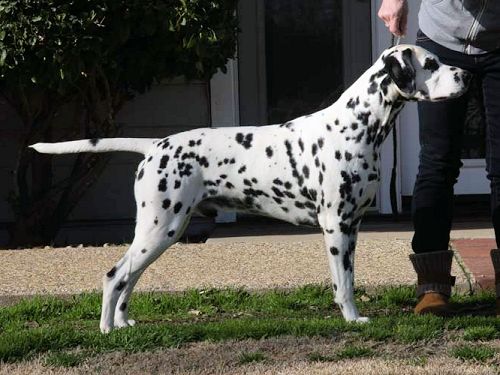 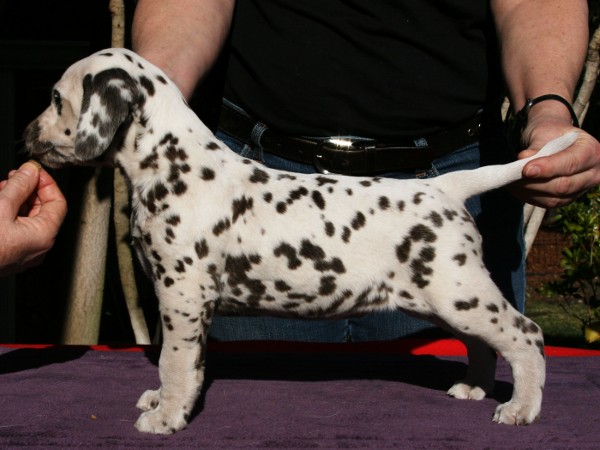 Our Caprilli N-Litter twins where born on February the 28th of 2016. We have one black spotted boy who is called Caprilli's Never Say Never and one liver spotted girl who is Caprilli's No No Nanette. Kona and Rocky did a great job as both puppies carry the healthy SLC2A9 (LUA) gene. Never Say Never now lives with Melissa Glasner of Somora's Dalmatians in Germany and Nanette remains in the East Bay and is co-owned by us. Thank you Diana and Michael, for keeping this gem safe!

Caprilli's Never Say Never - Elliot Bond, has sired a number of very nice litters in Sweden and in the UK. Some of his offspring is very successful in the ring, obtaining multiple puppy group wins.